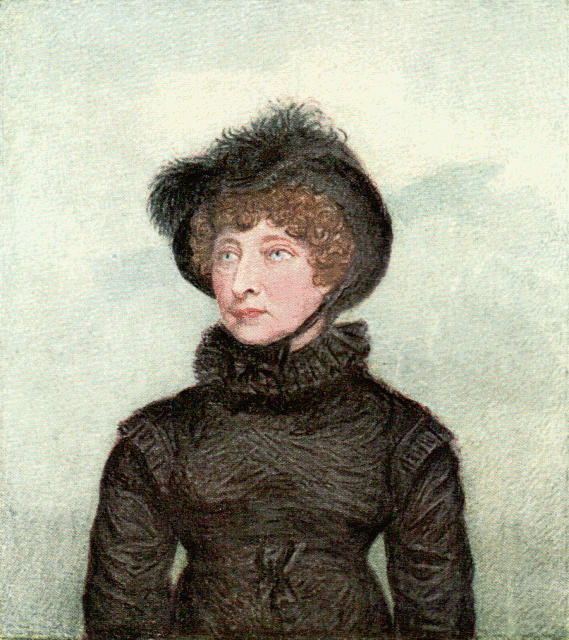 Later in 1820 Hester took residence in Royal York Crescent, Clifton, Bristol. Clifton was the home of her friend Penelope Sophia Weston (1752-1827), wife of William Pennington. For a short while she took temporary residence in Regents Terrace, Penzance while repairs were made to her house in Clifton. On her journey of return to Clifton in March 1821, she fell and hurt her leg in Exeter.Upon her return to Clifton, the works were still incomplete and she wrote to Madame Fanny D'Arblay 1752-1840 (née Burney)…

You would not know poor Streatham Park, I have been forced to dismantle and forsake it; the expenses of the present time treble those of the moments you remember; and since giving up my Welsh estate my income is greatly diminished. I fancy this will be my last residence in the world, meaning Clifton, not Sion Row1, where I only live until my house in the Crescent is ready for me … The village of Streatham is full of rich inhabitants, the common much the worse for being spotted about with houses.

Hester was ill for ten days, At her side were her daughters Lady Keith2, Sophia Hoare, and Susan Thrale. On hearing of her daughters arrival, she said…

Ah! now I can die in state!

When her doctor - Sir George Gibbs - arrived she was too weak to speak and traced the shape of a coffin with her fingers in the air. Hester died on 2 May 1821.

From 1820, Hester lived in Bath's Royal York Crescent. For a short while while this house was repaired, she stayed in Penzance. On her return the house was not ready so she took residence at 20 Sion Hill, Clifton3, where she died. 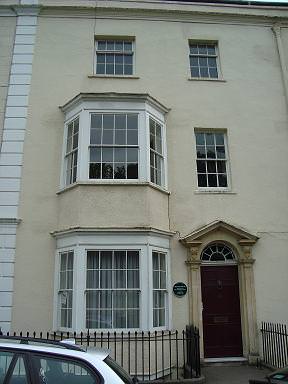 Her will dated 29 March 1816 was read by Sir James Fellowes in the presence of Lady Keith, Sophia Hoare, and Susan Thrale. Her other daughter, Cecilia Mostyn was absent. Almost everything was left to Sir John Salusbury Piozzi Salusbury.

She was buried on 16 May 1821 near Brynbella in the churchyard of Corpus Christi Church, Tremeirchion. A plaque inside the church is inscribed…

Dr. Johnson's Mrs. Thrale.
Witty, Vivacious and Charming,
in an age of Genius
She held ever a foremost Place.

Hester has many obituaries, including those by Madame d’Arblay, Sir James Fellowes, Edward Mangin and The Dictionary of National Biography. Long after the death of both Hester Thrale and Samuel Johnson, William Ernest Henly alluded to their relationship in his Double ballade of life and fate.