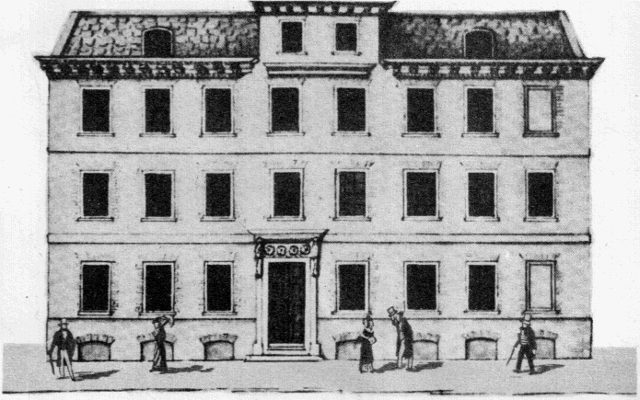 Also known as Borough House, this mansion house was another of Henry Thrale's residences, within Thrale's Anchor Brewery. Samuel Johnson also had his own apartment here.

This was a four storey building located at the entrance of the cobbled brewyard. At the rear of the house was the nine acre brewery site with stables for around 100 horses, dung pits, 38 vats, storehouses, vaults and Clerk's quarters.

This area, now known as Bankside is a strip of land running along the Thames, with a river walk, the Globe Theatre and the new Tate Gallery is now an exciting and attractive part of London.

Borough House was located on the side of the first in dependant church in London, 1616. The address was Deadmans Place ,so called because of the pest-houses established there during the great plague, now known as Park Street in Southwark, London. This was near to Bandyleg Walk, Dirty Lane, the Naked Boy, the Clink, Frying Pan Alley and St. Mary Overy's Dock. The area was once described…

London's scrap-heap, the refuge of its excluded occupations and its rejected residents.