This travelog is entirely written by Michelle.

We left home at 11 a.m. complete with 4 bikes on our new top-of-car carrier. I didn't for one moment think that we would be able to drive at speed with the bikes on top - but we did.

We stopped of at Leicester Forest service station We sat outside in weak sunshine and enjoyed a pleasant break. We do not have a satnav and instead used a printed directions from yell.com. On leaving junction 28 the directions were very confused and unhelpful and we got lost.

The accommodation was what Center Parcs call an Executive lodge with two double bedrooms and one twin, all en-suite. There was an externally accessed sauna attached with a cold shower outside, and a BBQ too.

When we finally arrived at our lodge all hell broke out as the girls wanted to bag the bedroom with the jacuzzi bath! I think they forgot who paid for this holiday! Natasha especially took great pleasure in making her feelings known with Elise following suit but being physical about it too.

Thankfully, thing eventually calmed down and tantrums end. David was then able to go with Elise to arrange hire of a fifth bike. I cooked a roast chicken with boiled potatoes, broccoli and carrots. This also helped to diffuse tempers - what a relief! 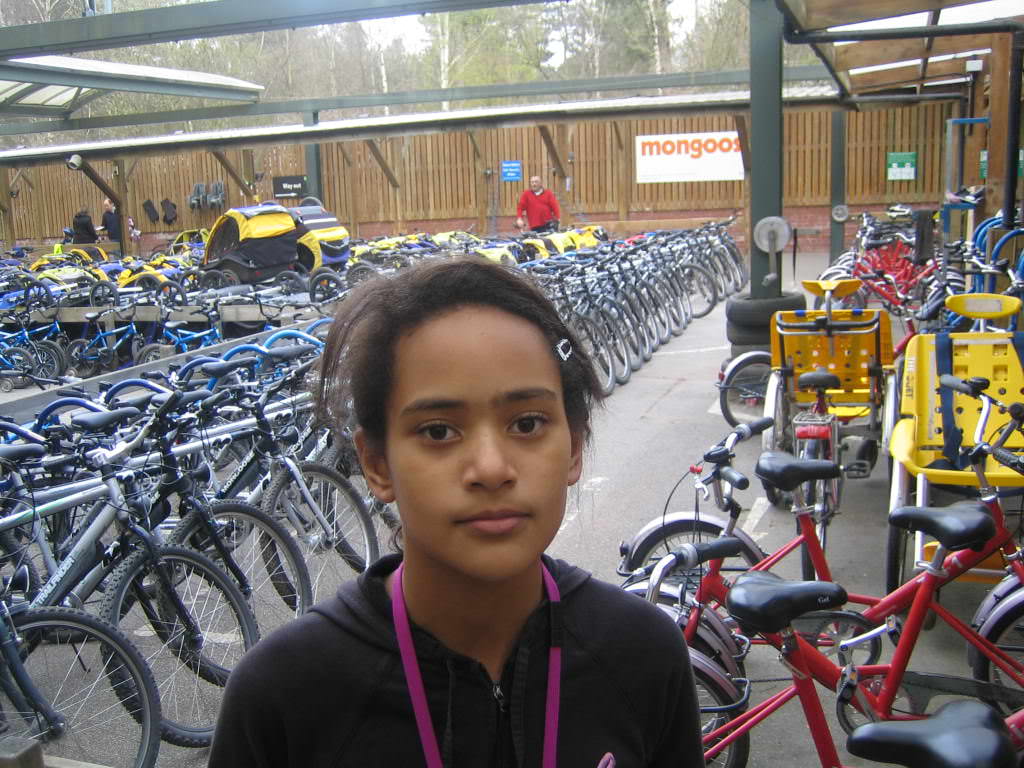 Natasha and Ethan showed me to the lake that they had discovered, completed with geese and ducks. Along the pathways there were loads of squished toads - some squashed In flagrante delicto!

We were all in agreement about visiting the pool. We arrived at 7.30pm and left at 9.30pm. The girls are now very competent swimmers and enjoy the funnels, wave machine and jets on offer. They are able to tread water too.

Later when we got back to the lodge - Ethan was only fit for tumbling straight into bed - the girls used the fought for, and lost, jacuzzi and washed, blow dried and straightened their hair.

Snow has been forecast for this weekend. I hope it holds off.

We had breakfast, sausages, bacon and cereals before cycling to the information centre to book some activities. As it had started to rain, today's agenda was bowling, short tennis, swimming, and Natasha wanted to do indoor rock climbing.

At the pool, David and the children loved the rapids. I'm not too keen, even though I am now a very competent swimmer. I am also not enamoured of going to the pool every day, as the chlorine damages my hair. David pointed out the swimming lanes today and I enjoyed that for a while.

Before we went bowling, we cycled back to the lodge to make and eat lunch - pizza chicken, roasted vegetables and pasta. This was rushed as bowling was booked for 13:50 and we arrived at the lodge at 13:00. There are two bowling alleys here and unfortunately we initially went to the wrong one.

We then returned to the lodge for swimwear. After swimming, we rushed back again as the children were desperate to see the first episode of the new Dr. Who series. 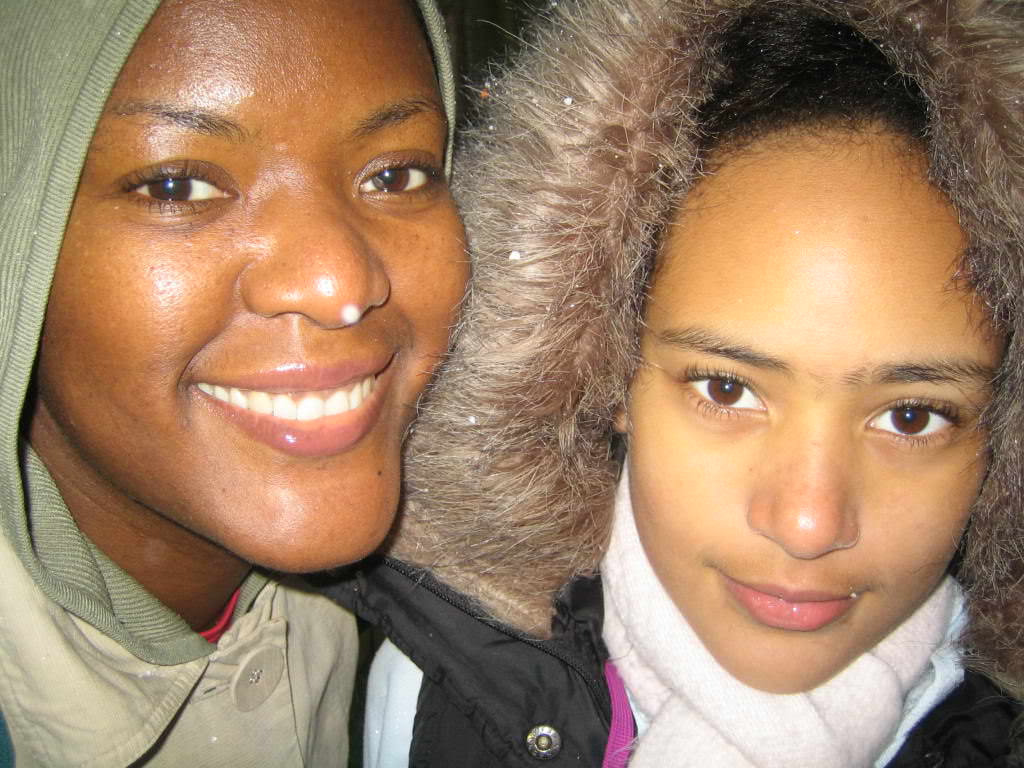 Afterwards we had another rushed dinner followed by David's fresh fruit salad, before we hurried off to play late evening short-tennis. Due to the children's age, this was a rather frustrating affair with ball going all over the place with very few enjoyable rallies, and rather a lot of recovering the ball from other players courts and planted areas etc!

This morning we took things at a more leisurely pace. I had a relaxing jacuzzi, and the girls re-watched a Harry Potted DVD, whilst David took Ethan for archery. They found this really enjoyable, except it was bitterly cold.

Upon their return we all played crazy golf. This degenerated, as the bitterly cold weather didn't really assist good humoured play. 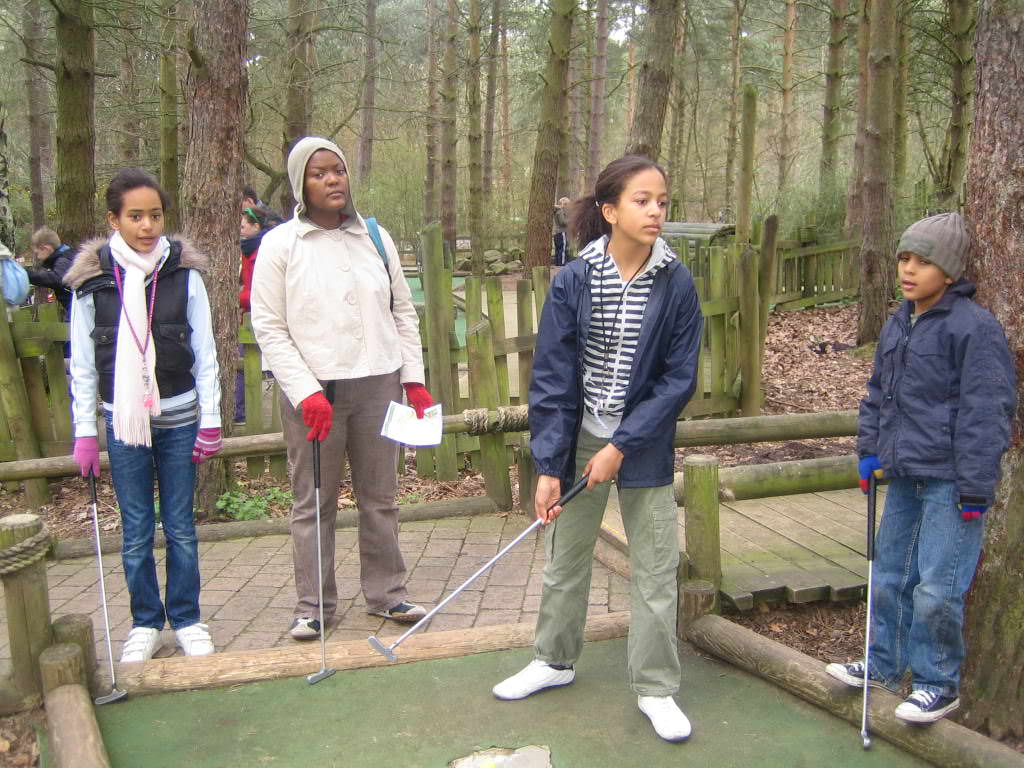 Overall it was a very enjoyable break. The cycling was sometimes difficult due to the biting cold and occasional hailstorms. Natasha was disappointed that we did not have warm enough clothes for outdoor high wire activities and rock climbing.