In 1773 while listening to an account of the history of the Maclean family, Dr Samuel Johnson retorted…

I'd rather hear the history of the Thrales.

The earliest records of any Thrale is in the Subsidy Rolls of Bedfordshire in 1309 which shows William le Thral to have been liable for 3/- and Johanne Thral for 2/-.

Richard Thrale of Westhyd, Luyton, granted to William Goffe in 1355 a croft ‘vinis, sepibus et fossatis’ - with vines, hedges and ditches at Westhyd, and was witnessed by William and Robert Thrale.

Four years later in 1359, William and Richard Thrale were connected with a grant of land at Hydefeld. 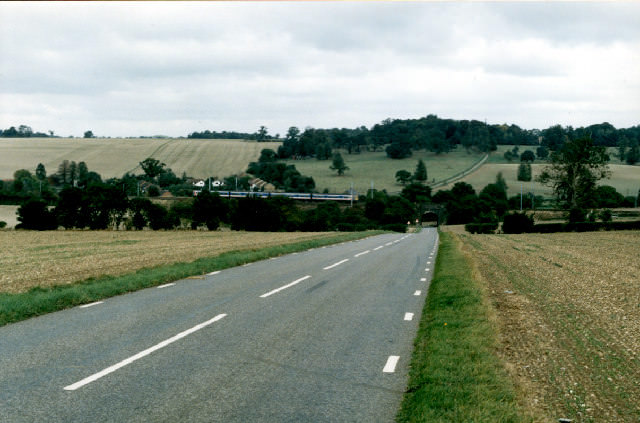 On the 12th May of 1474 Thomas Rotherham1 obtained from King Edward IV, a licence for himself, his brother John Rotherham, John Lammer, Vicar of Luton, John Thrale (senior) of Thrales End, West Hyde, and others, to form a guild in connection with Luton Church and when the guild should be established to found a chantry in the Church with two Chaplains. The origins and aims were brotherly love, charity and social intercourse. The Register of the Guild and some accounts were found in possession of the Marquis of Bute showing the Guild to be one of the most wealthy and splendid in the Kingdom. Annual lists indicate the Masters, Wardens, Brethrens, Sisters, and Bachelors and Maidens of the Guild, many members being of Royal rank as well as Bishops. Some examples cite John Lammer, Vicar of Luton, as Master with John Thrale and Thomas Perot of the Wyne as Wardens in 1476. In 1482 John and Richard Thrale and their wives of Thrales End were members, a year later John Thrale, senior, was Master, and in 1509 William Thrale was also Master.

Edward Thrale of Luton was ordained as a priest in Lincoln on 31 March 14872.

In 1493-4, a Thrale - probably Edward, of Luton - became a Bachelor of Arts at Cambridge University.

Michael Thrale was born about 1512 at a place called Farley alias St. Lukes, and later lived at Luton Hoo.

Johannes Trayle was Chevalier Member of Parliament for Bedford Borough in 1541.

Michael Thrale was M.P. for Bedford Town with William Johnson in 1542 and was also an Under Sheriff of Hertfordshire who was involved in many Chancery cases. Apparently a gentleman, at Hertford he was accused of rigging a Jury as Under Sheriff while dealing with a dispute over tithe pay at North Mimms.

In another case Michael did not panel jurors as to a wrongful entry into a messuage in Luton and called the plaintiff, Robert Daldern “a false perpetual knave.” Michael was in conflict with a bevy of citizens concerning the marking of timber.

More conflict was with Richard Farmer merchant of the Staple at Calais over Luton Hoo and the mill called Stapleford. Farmer served his writ not only against Michael but also William Collyn. Further suits against Michael Thrale and his wife Elizabeth were made by Edward Hickman of Hawnes over land. Michael then sued Edward Bardolf of Harpenden. Following this he had to answer complaints by John Pruddon, a miller of Luton, concerning the sale of forty sheep. This was while Michael was at Thrales Purslayes in 1564.

Robert Daldern was later supervisor of Richard Thrale's will in 1572.

In 1561 William Thrale of West Hyde granted land to Ralph Hay and his wife Agnes, with the witnesses of Richard and Robert Thrale.

In 1600 is the first documentary evidence of the use of the broad arrow by the Thrale family. The Broad Arrow legend is dear to the hearts of Thrale's.